JOSEPHINE, a burlesque cabaret dream play combines cabaret, theatre and dance to tell the story of the iconic Josephine Baker, the first African-American international superstar and one of the most remarkable figures of the 20th century. The show is intended for adult audiences, as it contains adult content and nudity. Josephine shatters stereotypes of race, gender roles and sexuality in this intimate, charming and haunting cabaret with a twist.

Born in St. Louis in 1906, Josephine Baker achieved only moderate success in the United States, but became an international superstar after moving to France in the early ’20s. She starred alongside white romantic leading men in films in the ’30s, had multiple interracial marriages and homosexual relationships, and performed in men’s clothing before the term “drag” existed in the lexicon. Her adopted country of France gave her the opportunity to live freely without the racial oppression of her home nation, though she never stopped yearning for acceptance in America. 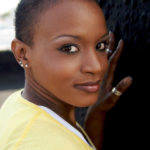 Tymisha Harris (aka “Tush”) has been performing professionally for over 20 years. Her early credits include assistant choreographer and backup dancing for the ’90s pop group N*SYNC, backup dancer for LFO, multiple roles at Universal Studios Orlando, and a featured role in the hit movie series Bring It On. More recent endeavors include the national tour of Rock of Ages, a European tour with the innovative and world-renowned Pilobulus Dance Theater Company, and a founding member and Assistant Director and Choreographer of the successful Orlando based troupe, VarieTease

Michael has been a successful Producer, Director, Actor and Teacher in Central Florida and beyond for over 20 years. A BFA Theatre Performance graduate of the University of Central Florida, Michael has participated directly in hundreds of theatrical productions. As a collaborator, he has helped create over 20 original theatre pieces, and has produced and directed dozens of new works. After 8 years as Festival Producer Festival Producer of Orlando Fringe, he now continues to serve the organization as Show Director.

Tod Kimbro has written over 25 plays and musicals since 1997, including My Illustrious Wasteland, which was presented Off-Broadway at the 2009 New York Musical Theatre Festival. His 2000 musical LOUD was nominated for the M Elizabeth Osborn Award, a national prize for emerging playwrights. Tod is also an accomplished pianist and singer, and has released two albums of original music.

After debuting at the 2016 San Diego Fringe Festival and winning the distinctions of “Outstanding Solo Performance” and “Best Show,” Josephine played three sold-out runs to rave reviews in hometown Orlando, Florida, before starting a 2017 North American tour. The first stop was the second largest Fringe Festival in North America, the Winnipeg Fringe Theatre Festival, where it was touted as the “breakout hit” of the Festival, selling out the entire run and receiving 5-star reviews from both CBC and the Winnipeg Free Press. The show then went to Indianapolis where it won “Best National Production,” “Outstanding Female Performance,” “Audience Choice,” and “Festival Top Seller.”  In December of 2017, following a successful run at Soho Playhouse as part of the 2017 Fringe Encore series, Josephine was awarded the honor of the encore series “Outstanding Production of the Year” and returns to Soho Playhouse for an extended off-Broadway run with an extended version of the show featuring three new songs, all Josephine Baker originals. Following the four week NYC run, the show toured North America once again, playing to over 15,000 people across 7 cities in Canada and the United States, and bringing home 3 more “Best of Fest” and 2 more “Outstanding Performance” awards. Now, Josephine will take to the road again in the Summer of 2019, extending it’s reach to Western Canada and the UK, with sights set on Australia and Europe in 2020.

“Probably the closest to an evening with Josephine Baker as one will ever experience.” –Stagebiz NYC

“Tymisha Harris’ performance is a tour de force. Not only can this gal sing, her burlesque numbers are captivating and her dalliances with audience participation are perfection. When she belted out Bob Dylan’s The Times They Are A-Changin’, I cried.” ★★★★★, Staff Pick –CBC

“The show, a look at the dramatically unconventional life of 20th-century entertainer Josephine Baker, is a star vehicle for Harris, and she delivers.”-Orlando Sentinel

“Harris work with Varietease and Universal established her as one of Orlando’s best singer/dancers, but under Marinaccio’s direction she gets to demonstrate her considerable acting chops as well, digging deep into the sadness beneath Baker’s sunny showbiz exterior.” –Orlando Weekly